Does Paige Think AJ Lee Will Return To WWE? - PWPIX.net

Does Paige Think AJ Lee Will Return To WWE? 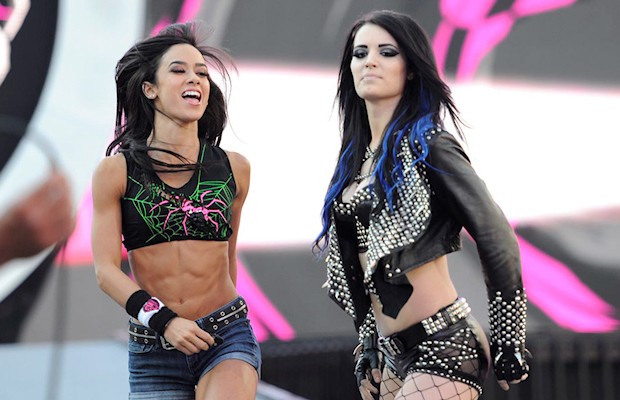 AJ Lee surprised the wrestling world in April by announcing that she had decided to retire from in-ring competition with WWE. In her final major match, Lee teamed up with Paige to defeat The Bella Twins at WrestleMania 31. During an interview published this week on SI.com, Paige was asked whether she sees Lee returning to WWE.

“I don’t know. I hope so. Sometimes people just want to have a family and be a wife,” she responded.

When asked whether they keep in touch, Paige replied, “We do. We haven’t spoke in a while. She’s so busy now so we haven’t had time to catch up. But when I’m in LA, we’ll meet for coffee or something.”

Paige also discussed favorite all-time wrestler, video games and her strange obsession with cheesecake. You can check out the interview here.