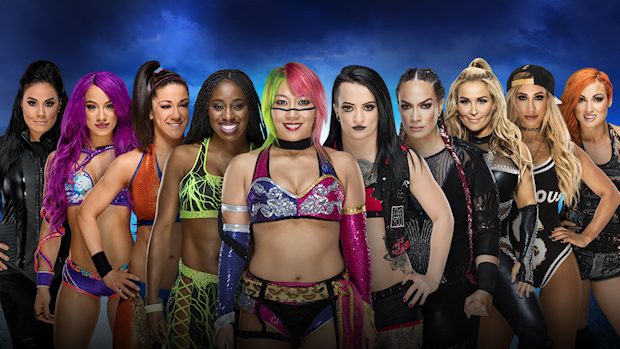 Ahead of tonight’s first-ever Women’s Royal Rumble Match, Nikki and Brie Bella are both backstage at the Royal Rumble event at the Wells Fargo Center in Philadelphia, Pennsylvania, according to PWInsider.

During an episode of Total Divas that aired a few weeks ago (and filmed back in the summer), there was a tease that the twin duo could return to WWE television at this time. There was a scene where Nikki and Brie sat down with WWE Senior Director of Talent Relations Mark Carrano about their future in the company. The result of the conversation was that they would return to WWE for the Royal Rumble and be a part of storylines through WrestleMania 34 in April.

The Bella Twins’ brother JJ was also spotted in Philadelphia, which indicates they’re being filmed for Total Divas as well.

Nikki last wrestled at WrestleMania 33, where she and John Cena beat The Miz and Maryse in a Mixed Tag Team Match. After the match, Cena legitimately proposed to Bella, which she accepted. Two days later, Nikki announced via Instagram that she would be taking time off from wrestling.

Brie last wrestled in April 2016 on the WrestleMania 32 Kickoff, where she pinned Naomi in a 10-Diva Tag Team Match. After giving birth, she has said that she be open to wrestling again.

The Bella Twins were among the female legends honored by WWE last Monday on Raw 25.