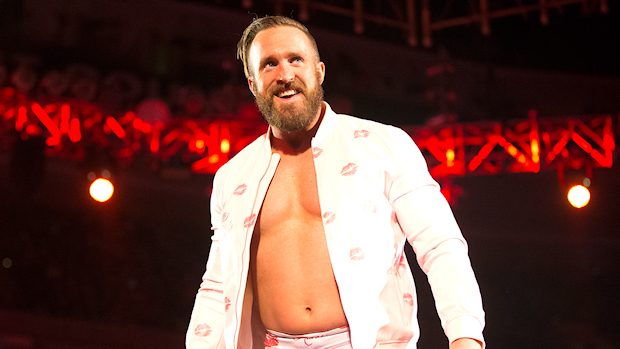 – During a question and answer session on Twitter, Raw Superstar Mike Kanellis revealed that he would love to go NXT.

I’d love to go to NXT. I just wanna work and wrestle. https://t.co/fdjnpIpe4h

Since joining Raw in the Superstar Shake-up, Kanellis has only worked three matches. He’s worked two matches on WWE Main Event (both losses) and was eliminated by Mark Henry in 2.49 seconds in the 50-Man Greatest Royal Rumble Match. Kanellis still has yet to make his Monday Night Raw debut, and he hasn’t worked any house shows since joining the brand.

In this video, Kanellis was thrown into a panic by the mere notion of becoming the record-breaker for the fastest Royal Rumble Match elimination.

A few days later, Kanellis became overjoyed after learning that he did not break a certain record in the Greatest Royal Rumble Match.

Happy birthday to the Future Star of @WWENXT, @cezarbononi_wwe!

Shortly before the episode airs, Stephanie posted this video of herself getting ready to reveal her true identity.

It was so cool being able to go undercover and surprise some of our @WWE fans, I still can’t believe I was able to keep my identity a secret! #TuneIn to @Undercover_CBS TONIGHT at 8p/7c to see my journey undercover before the big reveal at the @WWE Performance Center. #CelebrityBoss