Who Is Roman Reigns’ Wife? 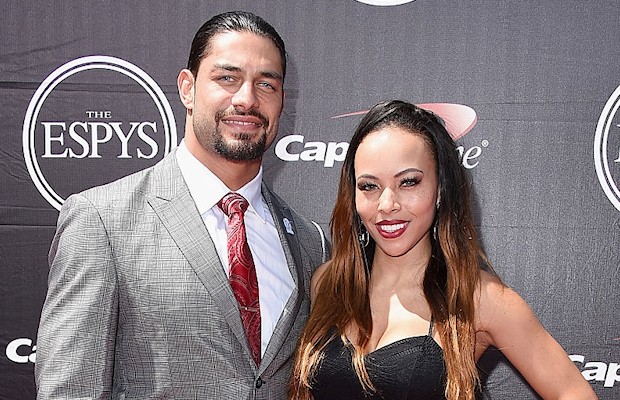 During the opening moments of Raw on October 22, Roman Reigns announced that he has been living with leukemia for 11 years and the disease’s return would force him to relinquish the Universal Championship and take a leave of absence from WWE.

Dressed in street clothes, “The Big Dog” mingled with fans before dropping the persona of Roman Reigns to address fans as Joe and detail his history of living with leukemia. In an emotional but optimistic address, Reigns recounted his initial diagnosis and remission when he was 22 years old and thanked the fans for making his dreams come true. He said he was going to go home to focus on his family and health, but made one thing clear on the way out: “This is by no means a retirement speech.”

Reigns’ shocking announcement has fans wondering who his wife is since he mentioned her during his speech. The 33-year-old wrestler, whose real name is Leati Joseph Anoa’i, is married to Galina Joelle Becker. They have been a couple since attending college together at Georgia Tech and got married in December 2014 at Disney’s Castaway Cay.

So just who is Galina Joelle Becker? Now 31 years old, she was born on March 11, 1987, in Jacksonville, Florida to parents Kevin and Mildred Becker. Becker has two older sisters, Molisa Cooper, and Undine Becker. Undine attended Stanford University, where she ran track from 2001 to 2005.

The couple met while attending Georgia Tech together, where Reigns was a standout defensive end for the Yellow Jackets from 2003 through 2006. Reigns, however, is not the only athlete of the two. Becker participated in track and field in high school and at Georgia Tech, excelling in hurdles and jump events.

According to her profile on Georgia Tech’s official athletic website, Becker grew up in San Jose, California, where she attended Mt. Pleasant High School from 2001 to 2005 and lettered in track and field for three seasons under coach Steve Nelson. During her sophomore and junior years, she won regional titles in the long and triple jump events. She was the Most Valuable Performer of her team in her freshman, sophomore and junior seasons. She holds the Central Coast Section record in the triple jump with a mark of 40’5″. Becker also lettered in volleyball for one season.

The two are the proud parents of an 9-year-old daughter, Joelle Anoa’i, who they affectionately refer to as JoJo. When the couple tied the knot, Joelle was a major part of the wedding ceremony. On occasion, Reigns posts sweet messages about his family on Twitter, such as this message to his daughter and this Valentine’s Day message to his wife.

That, however, doesn’t mean Reigns always wants his family in the spotlight. He wasn’t crazy about Bray Wyatt holding up a photograph of his daughter during one of his cryptically bizarre promos.

“It was rough. It was tough. There was a reason why we did it the way that we did it. I wasn’t crazy about it,” Reigns said on the Sam Roberts Wrestling Podcast in October 2015.

“If you know what we’re talking about, you saw the picture. It was actually our PSA fatherhood ad campaign. It wasn’t something that came from my home or private, like a me and JoJo selfie or something like that. It was a promotional thing that we . . . it’s in the malls, you know what I mean, you can probably see it on my Twitter. So that’s why I was okay with that. If you saw, we didn’t touch on it much after. It was just something to spark, but too much is too much. I thought we were able to push a line and stay there and not go too far. We were able to go back towards the wrestling and the talent and us telling our individual competition story as opposed to getting too deep into that type of real-life situation.”

Family is still a huge part of his persona, both in and out of the squared circle. When Reigns captured the WWE World Heavyweight Championship from Sheamus on the December 14, 2015 edition of Raw, he dedicated the victory to JoJo for her birthday.

Check out photos of Roman and Galina together.