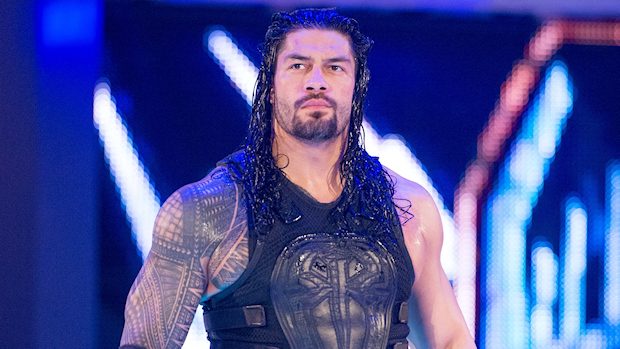 — Roman Reigns, who is on leave from WWE while battling leukemia, will return to television this March on Nickelodeon.

The former WWE champion has an upcoming role as a guest star on Nick’s Cousins For Life show.

In the episode, titled “A Farewell to Arthur?,” Reigns a character named Rodney, and he threatens to turn heel when his vegetable garden is dug up by a pet pig named Arthur.

Reigns — real name Joe Anoa’i — has been off WWE television since announcing on October 22 that his leukemia had returned and relinquished the Universal Championship.

The Nickelodeon spot is not Reigns’s only upcoming acting role. He will also appear in the summer blockbuster Fast & Furious Presents: Hobbs & Shaw alongside Dwayne Johnson, playing the brother of Johnson’s character. The two roles will be Reigns’s first in projects not produced by WWE.

The Nickelodeon episode will air on Saturday, March 2 at 8:30 p.m. ET. Click here to watch a clip of Reigns’ appearance.

— Last August, Stephanie McMahon empowered Baron Corbin as Constable of Monday Night Raw in an effort to ensure that General Manager Kurt Angle makes the right decisions for the brand, and “The Lone Wolf” was soon promoted to Acting Raw General Manager after McMahon sent “The Olympic Hero” away on a vacation. Corbin wielded power over his fellow Superstars with but was finally knocked out of power at WWE TLC where Braun Strowman led a cadre of Raw competitors — including Finn Balor and Angle himself — to defeat Corbin and end his reign of terror.

Upon gaining authority, Corbin began wrestling in business casual attire. While watching Raw a few weeks ago, former WWE Superstar Lance Storm sent out a question on Twitter asking his followers why Corbin hasn’t gone back to wrestling in gear now that he’s “just a wrestler on the roster.” Wrestling Observer Newsletter editor Dave Meltzer responded, “His body isn’t pretty enough so they disguise it.”