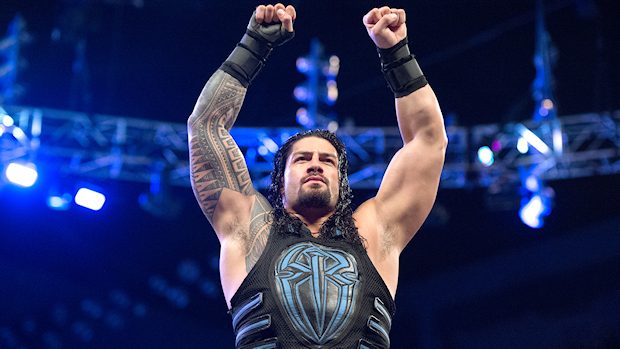 WWE has been trying to establish Roman Reigns as the face of the company since 2015 but he has been struggling to win over the crowd and instead gets booed in every arena he performs at, even though he competes as a babyface.

Many fans insist “The Big Dog” should adopt a meaner character in order to find his way and build himself up like so many other great stars did in the past.

Austin said, “So what do you do with Roman Reigns at this point?

“For him to have the biggest run… You’ve got to turn him heel, and he’s got to perform and let loose.”

“It’s “Stone Cold” Steve Austin. He definitely knows the area and the territory that I’m in. He knows what it’s like to pull the trigger and be a workhorse. So I think there’s definitely a lot of truth in what he has to say and I value his opinion.

“Is it going to happen? I can’t guarantee that. It’s one of those situations where you kind of got to take it week by week and just understand the role.

“I definitely think there is a lot of great truth to what he’s thinking and his knowledge in the game. But Stone Cold is not my boss.”

Reigns isn’t sure if he wants to turn heel as he feels there’s no point anymore considering the jeers he receives in every arena he performs at. He enjoys the way his character has been built because it gives him a lot more range and freedom than other wrestlers get to enjoy.

Reigns added, “Would I like to turn heel? I don’t know.

“It’s a weird question cause, aren’t I already a heel? If I garnered that reaction, what’s the point? If it’s already happening, if I’m already being booed, why try and get booed?

“I think right now I’m in a cool situation and kind of a little bit different than anybody because the only person that’s really been in my shoes before is (John) Cena. But Cena is Cena, you know. I’m nothing like him, I’ve never been like him.

“I think I’m in a good place to kind of do whatever I want to do with this character and not necessarily just be a heel or be a babyface. I feel like my character can be so much more than that.”