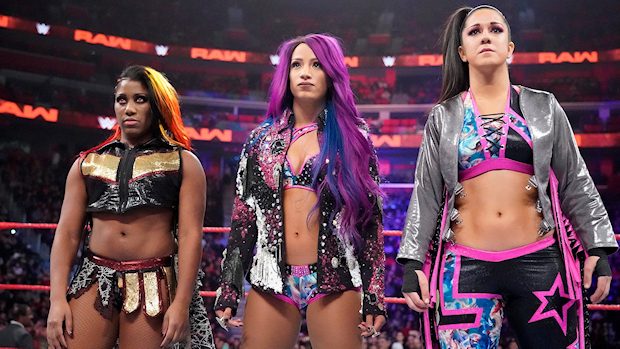 After SmackDown LIVE Superstar Carmella earned the coveted No. 30 spot by winning WWE Mixed Match Challenge with R-Truth, seven Raw Superstars officially added their name to the Women’s Royal Rumble Match. They are:

Banks, Bayley and Moon beat The Riott Squad on Raw last night and during the match, Michael Cole mentioned that all six Superstars are scheduled to compete in the Women’s Royal Rumble Match.

Natalya announced her entry into the Women’s Royal Rumble Match earlier in the show during a backstage segment. Nia Jax and Tamina then ambushed her.

Looking for retribution, Natalya teamed up with Raw Women’s Champion Ronda Rousey against Jax and Tamina in the main event. Rousey forced Tamina to submit to the Armbar to score the victory.