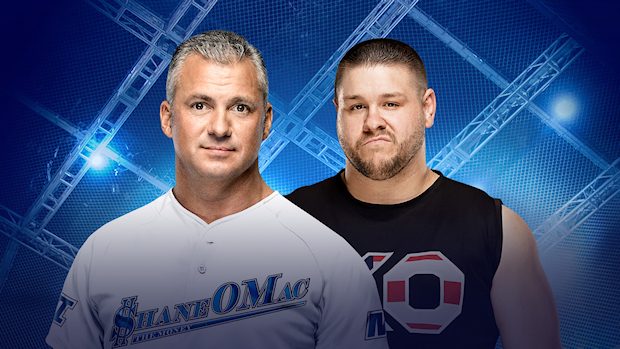 – SmackDown Commissioner Shane McMahon will not be appearing on tonight’s show following his loss to Kevin Owens at WWE Hell In a Cell on Sunday. Dasha Fuentes confirms that Shane is at home resting & recovering in this new video from the arena in Grand Rapids, Michigan:

– The “Table For 3” episode with WWE Hall of Famers Ric Flair, Sting and Ricky Steamboat will finally air on the WWE Network some time in December, according to PWInsider. The episode was originally scheduled to air in August but it’s been delayed twice due to Flair’s recent health issues.

I know memory goes with age.. but I’M the reason you’re back Mickie … don’t you EVER forget that 👿 #YoureWelcome

I know memory goes with age.. but I'M the reason you're back Mickie … don't you EVER forget that 👿 #YoureWelcome