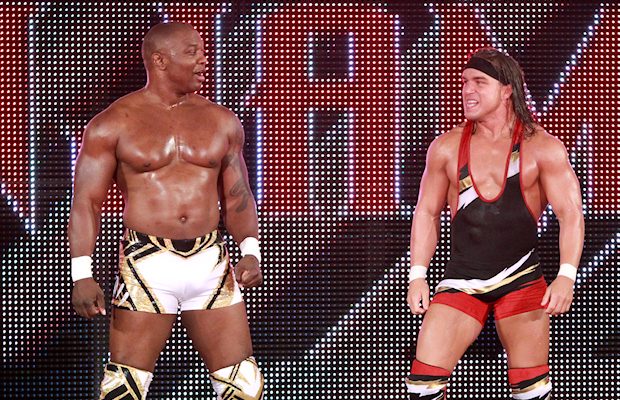 – WWE posted this video looking at WWE Cruiserweight Champion Enzo Amore and his insults to the rest of the cruiserweight division on this week’s RAW:

– The dark match before this week’s WWE SmackDown in Denver saw Chad Gable and Shelton Benjamin defeat The Colons.

– Last night’s SmackDown opened with a moment of silence for the victims of Sunday’s shooting in Las Vegas, just like Monday’s RAW did. Vince McMahon and the rest of the roster were present for the tribute, seen in the photo below: