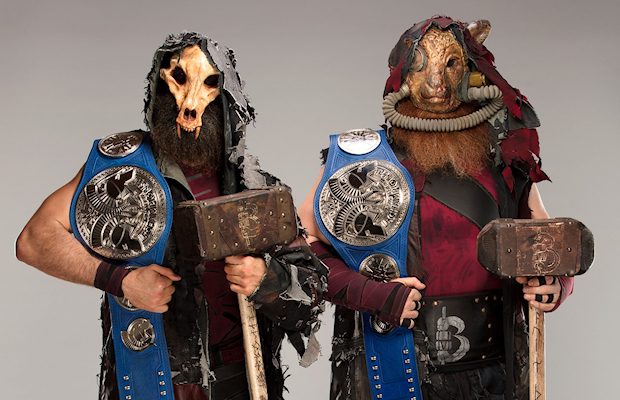 The final SmackDown spot for the men’s Money In the Bank Ladder Match will be filled on next Tuesday’s show as Daniel Bryan takes on Samoa Joe for the first time in WWE. This week’s SmackDown saw Lana defeat Billie Kay to qualify while Naomi defeated Sonya Deville to qualify. The New Day was supposed to reveal which member will enter the men’s MITB Ladder Match but they did not. There’s speculation on Big E getting the spot but that has not been confirmed.

This week’s SmackDown also saw Luke Gallows and Karl Anderson defeat The Usos to become the new #1 contenders to SmackDown Tag Team Champions The Bludgeon Brothers. Gallows and Anderson will get their shot from Harper and Rowan at Money In the Bank.

WWE MITB takes place on June 17th from the Allstate Arena in Rosemont, IL. Below is the updated card coming out of tonight’s SmackDown:

Men’s Money In the Bank Ladder Match
Braun Strowman vs. Finn Balor vs. The Miz vs. Rusev vs. Kevin Owens vs. Bobby Roode vs. a member of The New Day vs. Samoa Joe or Daniel Bryan