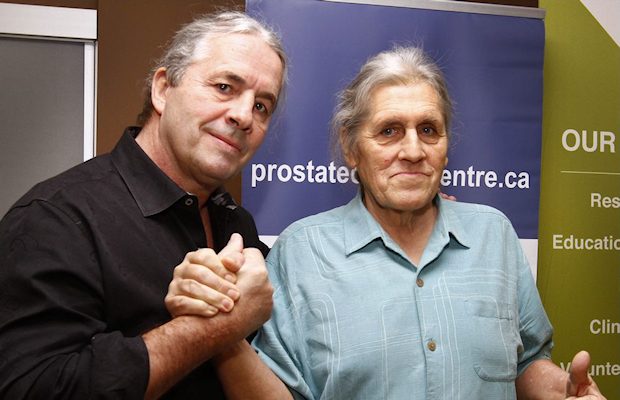 Smith Hart, the oldest brother of Bret Hart, passed away this morning.

Hart, who was 68, had been battling stage four prostate cancer and was recently moved to hospice care.

Hart wrestled for his father Stu Hart’s Stampede Wrestling promotion in Canada and around the world in promotions such as the World Wrestling Council in Puerto Rico. He has made appearances for WWE, including one at SummerSlam in 1994 and at WrestleMania 26 in 2010 when he helped Bret beat Vince McMahon in a No Holds Barred Match. He appeared with his brothers to induct Stu Hart into the WWE Hall of Fame, also in 2010.

In an emotional announcement he posted on Facebook last month, Hart pledged to end any strife or suffering he’s been involved in over the years.

“I am now more comfortable after being moved into Hospice care,” Hart wrote. “I would like to end any strife or suffering I have been involved with over my life. To anyone and everyone, cherish the moments you have in this world. Do not waste your time with hate or anger. To anyone I have offended, mistreated or been at odds with, please accept my humblest of apologies. While I may not have always been everyone’s cup of tea, I always did my best to be the person I was most inspired by, my father. I would also like to thank my dear friend Carl Leduc, for making the visit from Montreal to come see me. It meant the world and I really like the new phone.”

Hart recently shared a visit with his brothers Bret, Ross and Keith on Twitter.

Was very happy to have a visit today from my brothers @BretHart Keith, Ross and nephew @deebz14 pic.twitter.com/Q8ARWKJncY