Home / Information / Something You Need To Know About Stephanie McMahon

Something You Need To Know About Stephanie McMahon 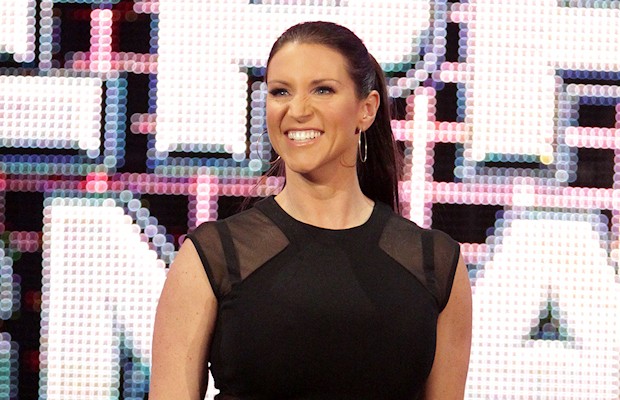 The prospect of seeing Stephanie McMahon nude is enough to send members of the WWE Universe into a head spin. Naturally, fans have long wondered whether the daughter of WWE Chairman and CEO Vince McMahon would follow in the footsteps of Chyna, Torrie Wilson, Sable, Christy Hemme, Candice Michelle, Maria and Ashley by shedding her clothes for Playboy. She has addressed the possibility.

During a chat session with fans in November 2002, Stephanie was asked whether she would ever pose for Playboy.

“I don’t know, at this point in my life, probably not. But who knows in the future,” Stephanie responded.

With Stephanie holding a high-ranking executive position in an organization committed to presenting a family-friendly, TV-PG product — she is WWE’s Chief Brand Officer — that ship has almost certainly sailed. She was, however, complementary of WWE’s former partnership with the renowned publication.

“Anytime we can expand our reach outside of our audience in a place our audience is not normally found is a good thing for the WWE brand,” Stephanie said in an interview published in the 2014 hardcover book WWE 50. “It brings new eyeballs onto our programming: it gets people interested. Sable and Chyna doing Playboy was one of those times because suddenly we were mainstream. We were competing in a space that we had never been in before.”

Although Stephanie has yet to take part in a photo shoot involving nudity, that doesn’t mean there aren’t any nude photos and video of her floating around online. That’s right! There are nude images of WWE’s Chief Brand Officer online.

Early in her career as a performer for WWE, Stephanie suffered multiple wardrobe malfunctions resulting in the accidental exposure of intimate parts. Most infamously, Stephanie’s breasts were embarrassingly put on display on more than one occasion in 2002 during the build-up towards the match between Chris Jericho and Triple H for the Undisputed WWF Championship at WrestleMania X8.

Stephanie was 25-years-old at the time and had gotten a boob job the previous summer, thereby making her already sizable chest even bigger. This proved problematic for her when she was about to be Pedigreed by Triple H (who was only her on-screen husband at the time) at a SmackDown taping on March 12, 2002 — the final television event before WrestleMania X8. As she bent over on top of a table to take the maneuver, the hefty weight of her boobs caused her to pop out of her cleavage-baring leather top (she wasn’t wearing a bra). There Stephanie was in front of WWE fans with her breasts falling out and unable to do anything about it. While the unanticipated exposure of her chest was not shown on the taped television broadcast on UPN, uncensored satellite video of her boobs hanging out managed to surface on the Internet (as did a photo from a fan who was seated at ringside).

Stephanie addressed the subject in May 2016 while speaking to world-renowned strength and conditioning coach Joe DeFranco on the Industrial Strength Show. When asked to name her most embarrassing in-ring moment, she said, “That would be when I had a wardrobe malfunction.”

Stephanie touched on the subject again in July 2016 while answering fan questions on Facebook Live. When asked to name her most embarrassing moment on TV, she said, “Absolutely when I had a wardrobe malfunction.”

She continued, “And Howard Stern was nice enough to point it out when I did his show. And the other guest on that show at the time was Dave Chappelle, so that was like really awesome, fun experience. But yeah of course, Howard threw to the image and yeah, that had to have been my most embarrassing moment on TV, for sure.”

Stephanie’s other wardrobe malfunction took place a few weeks earlier. After she lied to Triple H about being pregnant to avoid a divorce, “The Game” found out about the ruse and wrecked their vow renewal ceremony. During this wild scene, which took place on Raw on February 11, 2002, Stephanie’s boob was briefly exposed after she was shoved to the ring canvas by her infuriated husband. Stephanie was wearing a revealing wedding dress, but had gone braless.

Stephanie appeared on The Howard Stern Show later that year — October 17, 2002 — where she addressed her pair of embarrassing wardrobe malfunctions.

“It was really an accident. I was horrified,” Stephanie said to Stern in response to whether these incidents were planned. “If I had planned to do something like that, that’s one thing, but when it sorta happens and you’re not planning on it, it’s a little unnerving.”

On the first Raw of 2001, Stephanie was scripted to suffer a wardrobe malfunction (with no nudity involved). During an in-ring segment with “Stone Cold” Steve Austin, Stephanie demanded that Austin get the beer tray off of her … and “The Rattlesnake” ripped off not only the beer tray but also her blouse. Struggling to cover herself up, Stephanie ran to the backstage area in her bra while Austin celebrated in the ring.

Stephanie’s ass was also exposed during the March 11, 2012 episode of Raw. Triple H, who was chasing Stephanie in the arena, accidentally exposed her butt when he caught her — he lifted up the back side of her pants. The episode was rebroadcast on WWE 24/7 On Demand with her ass digitized.

The Breast Of Stephanie McMahon →
Stephanie McMahon has great boobs and she’s not afraid to flaunt ’em. Check out these 70 hot photos of the WWE executive showing off her big beautiful tits.

Candid Photos Of Stephanie McMahon Showing Off Her Huge Boobs →
Stephanie McMahon lets the puppies loose! Check out these hot braless photos of the Chief Brand Officer of WWE putting her big tits on display at an award show in California.

Stephanie McMahon Upskirt Photos →
Stephanie McMahon is very careful when entering the ring since some of her outfit choices can potentially expose her underwear … and it has. Check out these hot photos.