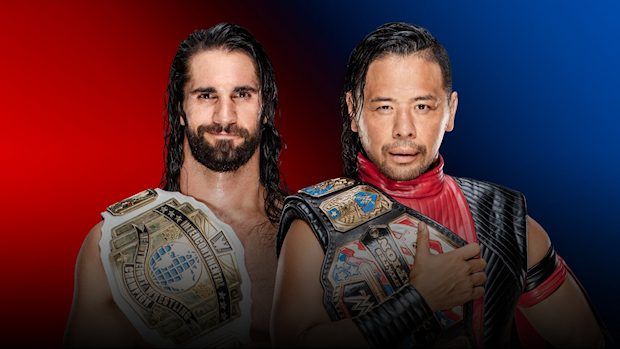 According to a report this afternoon by Rajah.com, Rollins is scheduled to beat Nakamura. “The Kingslayer” will do a backstage interview afterward talking about his win and Dean Ambrose before going off to soak in an ice bath.

“Intercontinental Champion Seth Rollins faces off against United States Champion Shinsuke Nakamura in what promises to be an instant classic at Survivor Series, the one night a year when Raw and SmackDown LIVE compete in head-to-head competition.

“Not only will this mark the first encounter between The Kingslayer and The King of Strong Style, but the battle will also determine which brand and which champion truly reign supreme. Since recapturing the Intercontinental Championship at SummerSlam, Seth Rollins has been hellbent on restoring the prestige behind the “workhorse title.” Over on the blue brand, Nakamura has been busy ushering in a new era for the prestigious star-spangled title.

“Although each champion represents the best of the best on his brand, who reps their brand the strongest? Find out when this Champion vs. Champion non-title bout goes down at Survivor Series, Sunday, Nov. 18, at 7 ET/4 PT, streaming live on the award-winning WWE Network.”