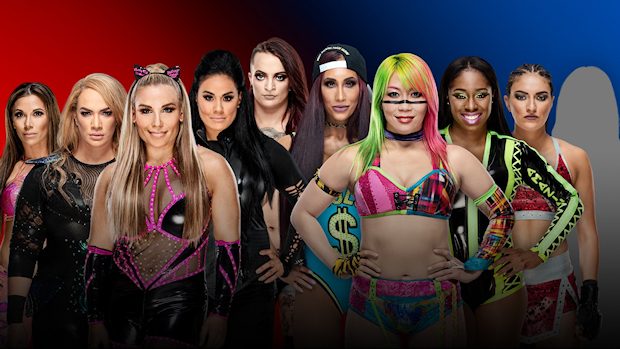 As a crucial part of Raw and SmackDown’s battle for brand supremacy at Survivor Series, the 5-on-5 Women’s Traditional Survivor Series Elimination Match promises to be an explosive encounter.

We now know who the fifth member of the SmackDown Women’s Survivor Series Team will be … Mandy Rose.

During a backstage segment on the Survivor Series Kickoff, Naomi announced herself as captain and revealed Rose as the final member of the group (after R-Truth interrupted Naomi’s announcement to say that he’s the fifth member).

Rose then entered the room and spoke to Asuka, Carmella, Naomi and Sonya Deville. She said tonight could be one of the biggest nights of their careers and that she’s not throwing it away by fighting with them.

The #SDLive Women's team for #SurvivorSeries is now completely filled out…

Shortly thereafter, a backstage segment aired with Alexa Bliss speaking to the Raw Women’s Survivor Series Team. There was a fight between Natalya and Ruby Riott, leading Alexa to threaten to remove them from the team if they could not get along.

#RAW Women's Team Captain @AlexaBliss_WWE is not taking ANY chances for tonight, and she will NOT tolerate dissension! #SurvivorSeries pic.twitter.com/w7OdBP6JvA

WWE then aired a graphic showing that Natalya and Ruby have been pulled from the match.

After @NatbyNature and @RubyRiottWWE's altercation, their places on Team #RAW are uncertain… 😳

How will the final teams shape up? #SurvivorSeries pic.twitter.com/wXooPMyG5C

I’m disappointed and beyond fed up. I was so excited to be on #TeamRaw. I like how @RubyRiottWWE can say whatever the hell she wants about me and my family but I can’t stand up for myself without being punished. Thanks @AlexaBliss_WWE for absolutely nothing✌️