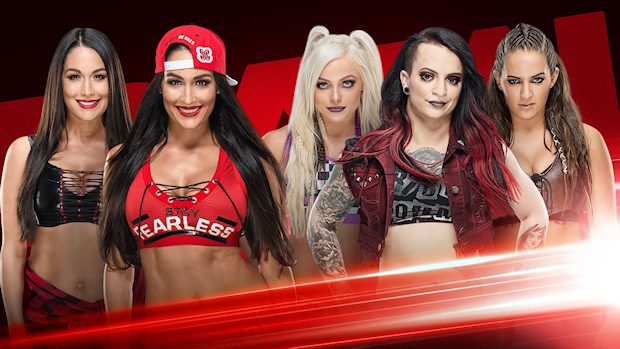 – In this video posted tonight on The Bella Twins’ YouTube channel, Nikki and Brie are shocked to find their dressing room at Raw in New Orleans, Louisana got trashed by The Riott Squad.

Nikki then indicates that she will retaliate tonight.