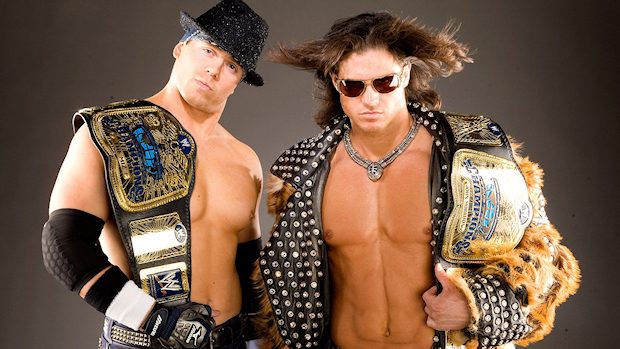 – Former WWE Tag Team Champions The Miz and John Morrison are reuniting this week for a wedding.

Zack Ryder tweeted this photo of himself with the former WWE tandem last night.

On Instagram, The Miz posted this photo of himself with Morrison, Ryder and Impact Wrestling star Brian Cage.

One more day as a single man for @johnhennigan. Is it me or is @briancage a more jacked/tan version @heelziggler? @zryder85 is giving @ryancabrera a run for his money for best hair in the biz.

– WWE Music has released Sonya Deville’s theme song, “Square Up,” on YouTube, iTunes, Spotify, and Apple Music. You can listen to her theme in the video below.