The Rock Electrifies Lilian Garcia With The People’s Strudel 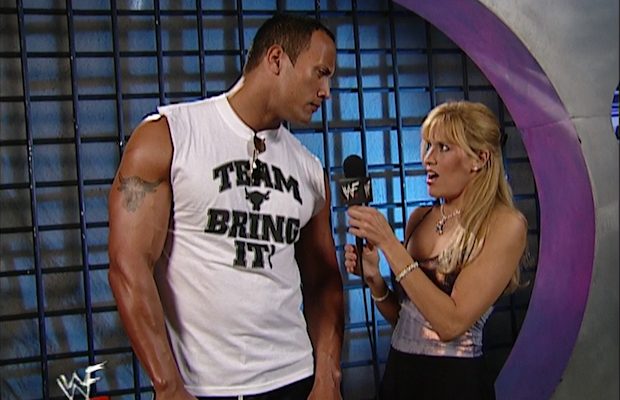 Fans will remember The People’s Elbow, The People’s Eyebrow, and The People’s Champion, but one of the most entertaining segments featuring The Rock brought members of the WWE Universe to a whole new level and it involved Lilian Garcia.

In one of his frequent attempts to make the beautiful ring announcer blush, here is what “The Most Electrifying Man in Sports Entertainment” said to her on SmackDown! on September 4, 2001.

“Admit it, Lilian, that you go to bed every single night dreaming about marrying The Rock. Dreaming of one day to become Mrs. Lilian Rockcia.

“Admit it, Lilian, you get wet … with perspiration, standing this close to The Rock.