The Undertaker and Three Big Matches Advertised For SmackDown 1000 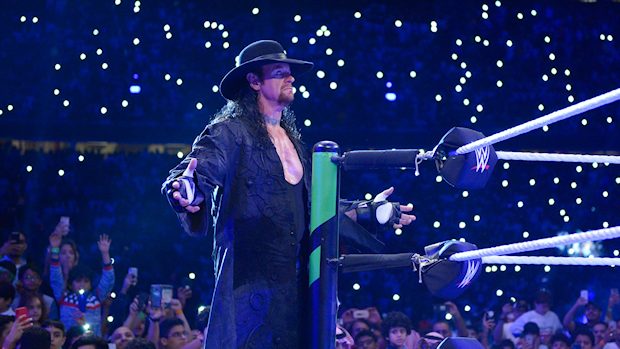 After officially announcing the date and location of SmackDown 1000 on Monday, WWE has added “The Deadman” to the show.

This is the second announced appearance for Undertaker in October as he’ll be facing Triple H at WWE Super Show-Down in Melbourne, Australia on Saturday, October 6. The match is being billed as the final time they’ll ever face each other.

The Undertaker also appeared on the 900th episode of SmackDown on November 15, 2016, and the 25th anniversary of Raw on January 22, 2018. He’s had three matches since appearing at Raw 25. He faced John Cena at WrestleMania 34, Rusev at the Greatest Royal Rumble, and teamed with Roman Reigns and Braun Strowman against Kevin Owens, Baron Corbin, and Elias last month at a house show in Madison Square Garden.

The official website of the Capital One Arena is also advertising a “Triple Main Event” with WWE Champion AJ Styles vs. Samoa Joe, Daniel Bryan vs. The Miz, and Randy Orton vs. Jeff Hardy. These are likely just placeholder matches. This is also another WWE show that Bryan is advertised for that is taking place after his contract expires on September 1.