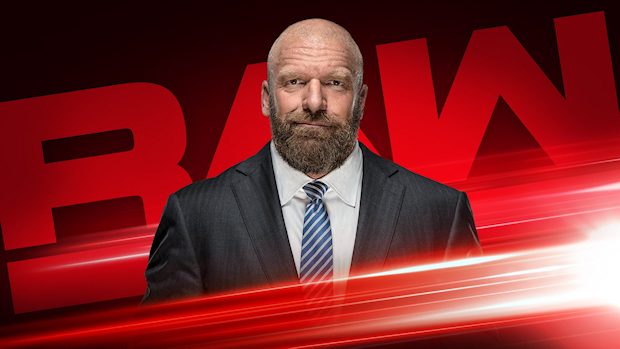 It’s been a long time since Triple H appeared live on Raw, but as confirmed by Renee Young in a breaking news announcement, “The King of Kings” will appear on tonight’s show for a very special appearance in advance of his last-time-ever battle with The Undertaker at WWE Super Show-Down in Melbourne, Australia on October 6.

A match pitting Dean Ambrose against Dolph Ziggler is also set for Raw tonight. This will be Ambrose’s first televised match since he returned from injury last week after being out of action for nearly eight months. He was in Seth Rollins’ corner last night at Summerslam as “The Architect” defeated Ziggler (with Drew McIntyre in his corner) to win the Intercontinental Championship for the second time.

Ambrose actually returned to action after Raw went off the air last Monday as he teamed with Rollins, Braun Strowman and Finn Balor in a victory over Ziggler, McIntyre, “Constable” Baron Corbin and Kevin Owens.

Raw takes place tonight at the Barclays Center in Brooklyn, New York. Brock Lesnar is advertised to appear on Raw tonight (by the official website of the Barclays Center) after dropping the Universal Championship to Roman Reigns at SummerSlam.