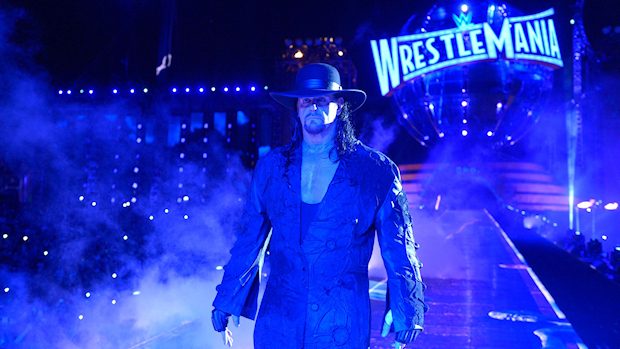 – The Undertaker generated headlines earlier this week as it was announced on Monday that he will appear at the Raw 25th Anniversary special in January. That’s not all as “The Deadman” is drawing headlines for being photographed out in public this week.

On Thursday, The Undertaker was spotted shopping around in Texas. Here he is photographed leaving Subway.

Imagine working at a Subway and THE UNDERTAKER walks in. pic.twitter.com/arqN5LLe3E

The Sun has more photos of The Undertaker leaving Subway, as well as shots of him leaving Best Buy. You can check out the photos here. TMZ also has a story on Undertaker being seen out.

According to The Sun, he purchased DVDs and an iPhone charger at Best Buy.

– In this video for Xavier Woods’ UpUpDownDown channel, Cesaro plays a round of Clash Royale against fans who are in his own clan.