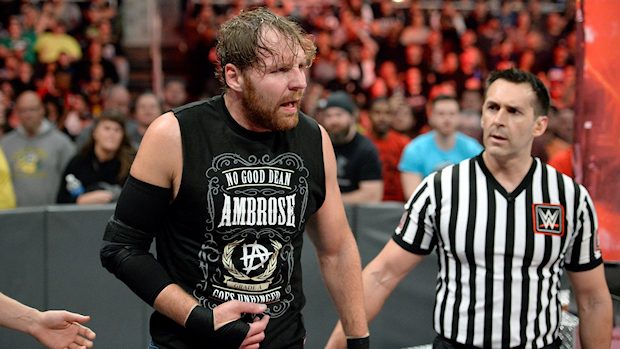 – Dean Ambrose is expected to return to WWE action within the next month, Mike Johnson of PWInsider.com has confirmed with multiple sources.

Johnson was told by one source that Ambrose is slated to be at SummerSlam and should return to WWE storylines somewhere around that timeframe. Whether he appears at the PPV itself remains to be seen. A second source confirms Ambrose is expected back shortly.

Since then, Ambrose has been spotted regularly in Birmingham, Alabama, he has been rehabbing the injury. He was also at the WWE Performance Center in June in advance of his return.

– SummerSlam is filled with incredible moments that shocked fans. Countdown the 10 biggest shockers to play out at “The Biggest Event of the Summer.”