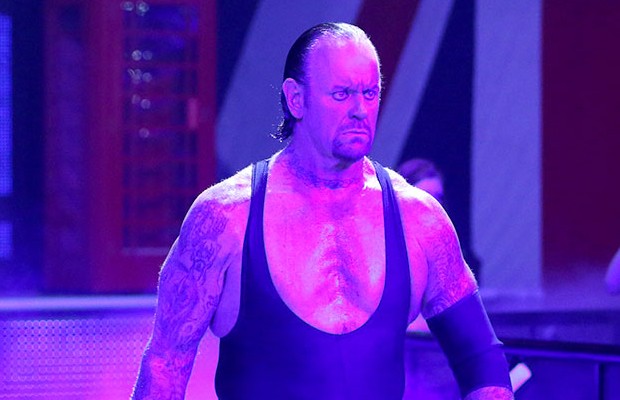 – The Undertaker made his first late-night TV appearance on NBC’s The Tonight Show with Jimmy Fallon. Brad Maddox also appeared, dressed as The Gobbledy Gooker.

The segment had Fallon taking viewer suggestions and one fan suggested they have The Undertaker hit a Tombstone piledriver on a “guy in a turkey outfit.” Fallon said it was late notice and he wouldn’t know how to contact The Undertaker, when the gongs hit and Taker made his grand entrance to The Tonight Show. Maddox gobbled around as Taker removed his gear and scooped him for the Tombstone. Taker then pinned the turkey as Fallon made his way onto the stage. Fallon extended his hand for a shake but Taker just stared at him.