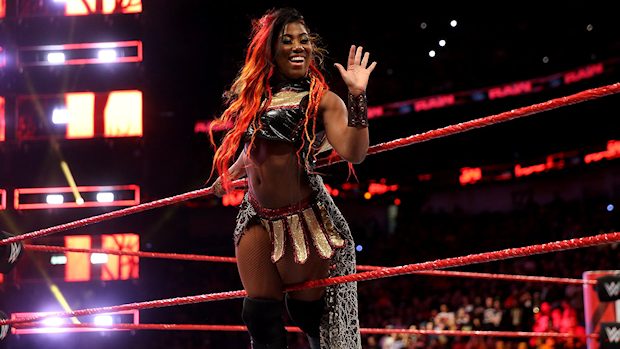 – With Ember Moon’s promotion to the main roster last week on Raw, she is leaving behind her locker at the WWE Performance Center. The one-time NXT Women’s Champion has passed her locker down to an up-and-coming NXT wrestler, Jessie Elaban.

I’m SO GRATEFUL to have this locker passed on to me and especially for all of the help and advice you’ve generously given to me at NXT 🤓 I’m so proud of you and will miss you dearly but I know you’re going to do MANY awesome things on RAW. Thanks @wwe_embermoon and many amazing wishes to you on your journey!!! 🙏🏼🌖🔥 #Shenom #MythRises #WWE #RAW #bigshoestofill #NXT #EmberMoon

A former volleyball player in college, Elaban reported to the WWE Performance Center last June without any prior wrestling experience. Of those who joined the Performance Center without having wrestled before, she’s probably made the most progress within their first year as she’s wrestled over 20 matches thus far. While she has yet to wrestle on NXT television, she wrestles most weekends at live events in Florida.

– Considering WWE’s live events in South Africa to be their “Raw farewell tour” before joining SmackDown LIVE, The Bar play rugby with players from the DHL Stormers.