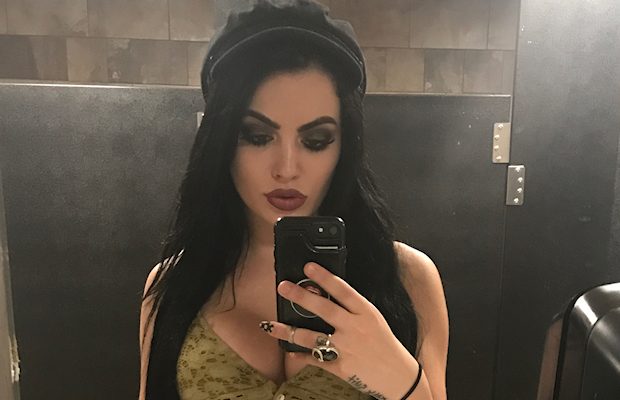 – We reported that SmackDown LIVE General Manager Paige was backstage at Raw last night at the Jacksonville Veterans Memorial Arena in Jacksonville, Florida. As it turns out, she was only there for a studio photo shoot. She left Raw after the shoot ended.

Paige revealed some shots from the shoot on Instagram.

Little sneak peek from the shoot earlier! Make up by @makemeblush_mua and hair by @mrs_lindysue 😍

Tamina, who is currently out of action due to injury, was also backstage and likely for the same reason as Paige. One of the videos Paige posted on her Instagram Story from backstage is of Tamina sitting in a makeup chair.

– Alexa Bliss isn’t impressed by Ronda Rousey’s actions or accolades heading into their Raw Women’s Championship Match at SummerSlam and she promises to expose her at “The Biggest Event of the Summer.”

– Before Raw went on the air last night, the following two matches were taped for the August 9 episode of WWE Main Event.

* Chad Gable, Heath Slater and Rhyno vs. Mike Kanellis and The Ascension (Konnor and Viktor)