Why The Undertaker's Promo At SmackDown 1000 Was So Short - Backstage News - PWPIX.net 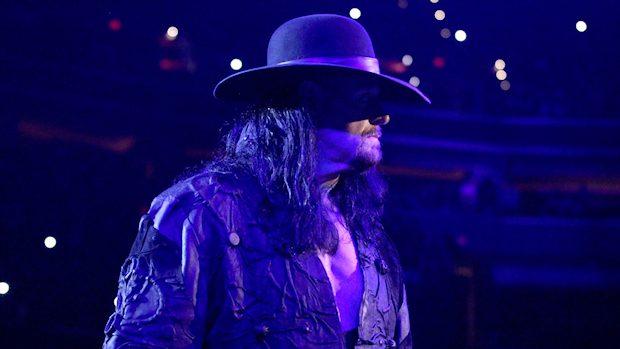 The Undertaker wouldn’t allow SmackDown 1000 to conclude without his presence being felt.

The chilling gong emanated throughout the Capital One Arena in Washington D.C., and “The Deadman” entered the ring to deliver a very simple, direct message to Triple H and Shawn Michaels from The Brothers of Destruction ahead of their monumental tag team match at WWE Crown Jewel.

The Undertaker said, “At Crown Jewel, I’ve got three words for DX — rest in peace.”

That’s literally all he said.

The Undertaker was supposed to say more during his promo. The reunion of Evolution with Triple H, Randy Orton, Ric Flair, and Batista speaking in the ring went longer than planned and ultimately forced WWE to cut “The Deadman”‘s promo and a few other segments featuring former WWE Superstars.

“Truth TV,” which kicked off SmackDown 1000, also ran longer than planned and contributed to the time crunch.