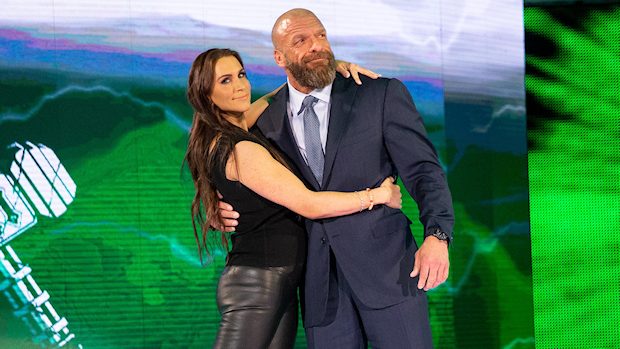 – While it’s not uncommon for Stephanie McMahon to miss Raw since she often works at Titan Towers in Stamford, Connecticut, it’s strange when Triple H does as well.

Triple H and Stephanie missed Raw last night at the Toyota Center in Houston, Texas since they’re both in Los Angeles, California in advance of a WWE event taking place in the area later this week. WWE is holding a “For Your Consideration” panel discussion about the company in an attempt to get WWE television programming nominated for an Emmy Award.

The panel, which is not open to the public, takes place this Wednesday at Wolf Theatre at Saban Media Center in North Hollywood, California at 7:00 PM PT/10:00 PM ET with Triple H, Stephanie, Shawn Michaels, Ronda Rousey, Roman Reigns and The Bella Twins scheduled to attend.

You will be able to watch a live stream of the panel at this page on Emmys.com.

– WWE 205 Live General Manager Drake Maverick has announced a major main event contest for tonight – Mustafa Ali vs. Buddy Murphy. Plus, Lince Dorado gets an opportunity for redemption against The Brian Kendrick.

– WWE sent out this message on Monday remembering the late Gorilla Monsoon on what would have been his 82nd birthday.

Take some time to remember the late, great #GorillaMonsoon on his birthday today.

Marella — real name Robert James Marella — died on October 6, 1999, due to heart failure brought on by complications of diabetes, at his home in Willingboro Township, New Jersey. He was 62 years old.