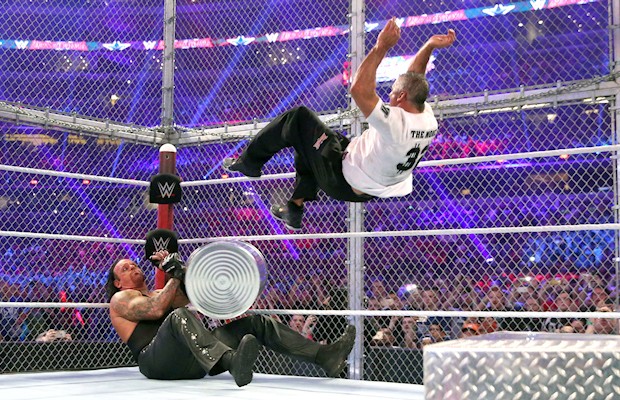 – WrestleMania 32 hits stores this week on DVD and BluRay. A special Collector’s Box Set will be released in the UK on June 6th. WrestlingDVDNetwork.com reports that the UK-exclusive, which is limited to 1000 sets, will include a signed Sting Hall of Fame artcard, a Shane McMahon $1,000,000 bill used during his entrance and an actual piece of ring canvas from that night.

– WWE released a new poll asking fans which tag team has more potential – Goldango with Goldust and Fandango or The Gorgeous Truth with R-Truth and Tyler Breeze. As of this writing, 61% went with Truth and Breeze.

– The Wyatt Family’s Twitter activity has been a hot topic with wrestling fans ever since the group came to be with many believing the group should not be using social media. Luke Harper has been posting all sorts of random tweets lately and addressed fan criticism today: