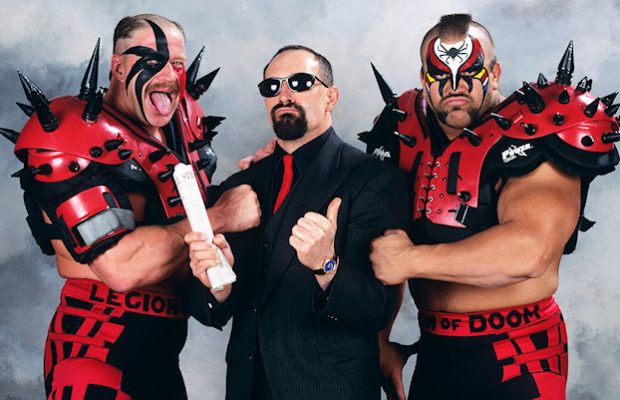 – We noted before that WWE recently applied to trademark the name “Legion of Doom” for use. Speculation was that WWE Hall of Famer Paul Ellering was bringing back that name for The Authors of Pain in WWE NXT. However, WWE dropped the trademark application earlier this week so they will not be using that name any time soon.

– As seen below, Stephanie McMahon was interviewed for ESPN’s “30 For 30” special on Ric Flair:

#BTS being interviewed for @RicFlairNatrBoy's #30For30. Can't wait to see the finished product! #NatureBoy pic.twitter.com/euFp8yZ8o7