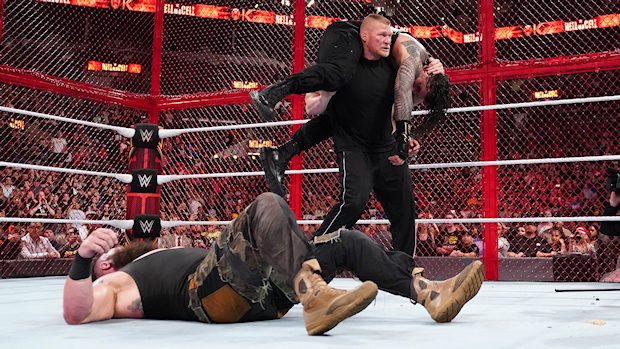 At WWE Hell in a Cell, the Universal Title Hell in a Cell Match between Roman Reigns and Braun Strowman came to an abrupt end when Brock Lesnar suddenly reemerged and laid waste to everyone in sight. The attack resulted in the match ending in a no contest and the pay-per-view event went off the air with Reigns and Strowman laid out in the ring.

The ending did not go over well with fans at the Toyota Center in Houston, Texas as they booed and chanted “this is bullsh*t” while Reigns and Strowman laid in the ring.

WWE’s television department ended the pay-per-view broadcast earlier than planned with what is called a “hard cut.” Either Vince McMahon or Kevin Dunn, or both, didn’t want the negative fan reaction shown on pay-per-view and the WWE Network.

A video of the negative reaction from fans at Hell in a Cell has been removed from YouTube after it drew a lot of views.