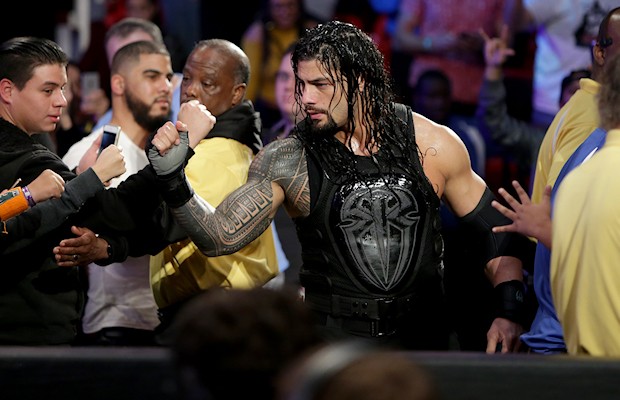 – As seen below, the latest “This Week In WWE History” video with Corey Graves and Kyle Edwards looks at The Rock and Mankind’s Empty Arena Match during Halftime Heat in 1999:

– The National Wrestling Hall of Fame announced today that Lex Luger will be inducted into this year’s class in late July, during the annual George Tragos/Lou Thesz Pro Wrestling Hall of Fame weekend. Luger will be receiving the Frank Gotch Award, which honors wrestlers who bring positive recognition to the business through their work outside of the ring. Luger is being honored for turning his life around after personal problems back in the 2000s. Others inducted that weekend include JJ Dillon, Chael Sonnen, Dave Meltzer and Joe Blanchard. Full details can be found at this link.

– The first episode of WWE Game Night has been released on WWE’s website. The four minute episode features Heath Slater, Curtis Axel, Bo Dallas, Adam Rose, The Usos and Roman Reigns and playing cornhole in the parking lot of the Mercedes Benz Superdome in New Orleans. Video is below: