WWE No Longer Has Big Plans For Lana? 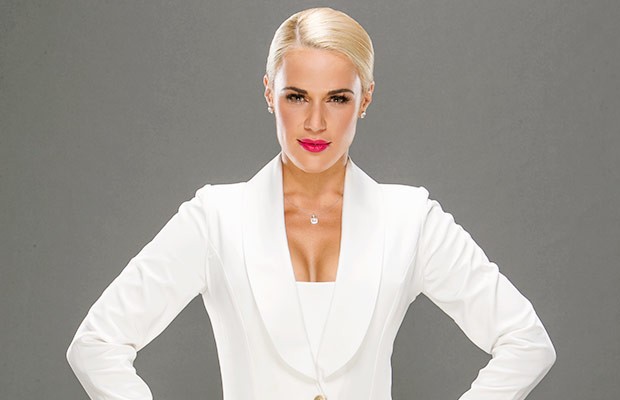 WWE has changed their plans for Lana, and are searching for a strong Latina presence on TV, according to the latest edition of the Wrestling Observer Newsletter. As previously reported, WWE at one point seemingly wanted Lana to be a big star on WWE television, becoming a marketable personality like Sunny and Sable were from 1996-1998.

Though Sunny and Sable used massive amounts of skin to present themselves as marketable characters in the past, WWE wanted to use “girl power” to create Lana into a mega-star. With WWE being PG-rated, the method of making Lana (who isn’t an in-ring competitor) into a household-name cannot be that of how the company turned Sunny and Sable into two of the most searched and downloaded women online in the late ’90s.

Dave Meltzer of the Wrestling Observer Newsletter reports that WWE has changed their initial plans for Lana, now just keeping her in a managerial role, or as an enhancement character, instead of a marketable big-time star. The company is reportedly more interested in finding a Latin female that can be that marketable face.

“With the Lana as the female superstar of the company direction already seemingly changed and her now just being another character on the show, the new idea is to find a “Latin female star of the company.” They are looking for sex appeal and Spanish speaking skills for someone who can be front and center to expanding to the Latin audience. Like with Lana, it doesn’t have to be a wrestler.

There are people who are starting to search for Latin female weather reporters in Mexico who are chosen for looks. The perfect person they are looking for is, unfortunately for them, under contract with Lucha Underground in Melissa Santos, who is easily the best female ring announcer in the wrestling business right now. Well, if Lucha Underground doesn’t have a second season, she’d be available.”

With that being said, Lana is actually part-Hispanic as one of her parents is of Venezuelan descent. She spent most of her childhood in Lativia because her father worked there as a Christian missionary.