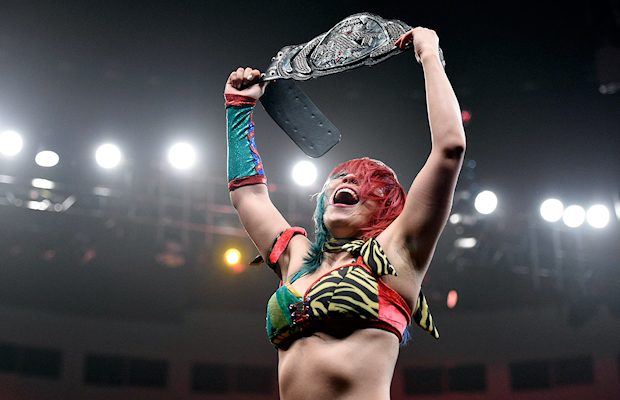 – Triple H announced that the official theme songs for WWE NXT “Takeover: Orlando” will be “Loud” by Motionless In White, “Shock Me” from Baroness, “Are You Coming With Me?” from Crown The Empire and “Come & Get It” from I Prevail. You can listen to the themes below:

– Ember Moon remains undefeated in singles action on NXT TV after her win over Billie Kay on this week’s episode.

– NXT began airing promos for the arrival of Aleister Black on this week’s show. The former Tommy End should make his debut after Takeover next month. Below is a screenshot from the promo: