Did WWE Really Have More Than 100,000 Fans at AT&T Stadium for WrestleMania 32 Last Night? 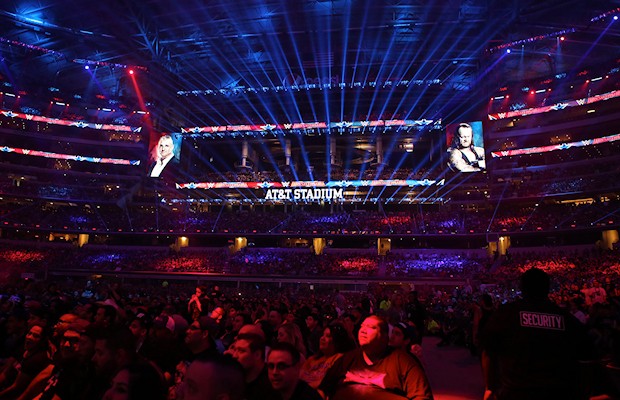 WWE actually had under 100,000 fans in the building but they still set a new record. Dave Meltzer noted on Wrestling Observer Radio that WWE had over 93,000 fans but under 94,000, according to venue officials.