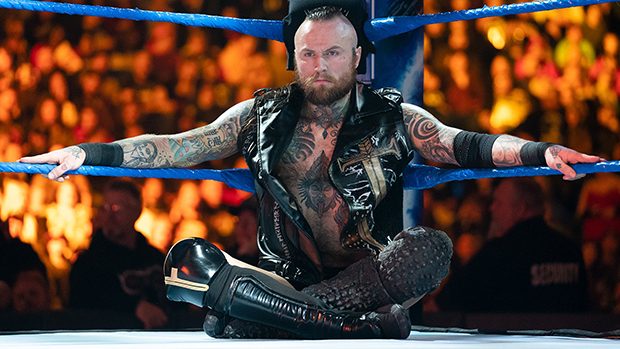 This is according to Dave Meltzer in the Wrestling Observer Newsletter, who says that WWE officials decided he not appear on the show. Meltzer was told that WWE pulled Black from the event over his tattoos, some of which have religious connotations. Meltzer doesn’t know if the Saudi hosts told WWE he couldn’t appear due to those tattoos, or if WWE made the decision thinking the tattoos would offend them.

Black prefers not to talk about the meaning of his tattoos, although he did explain his back tattoo.

“I don’t really talk about the meaning of my tattoos, but I will give you that one,” Black said during a 2017 interview.

“The being on my back is Lilith, in some folklore she is the first woman to ever rebel against paradise. The reason she is there for equality, equality for every man and woman — which is the most important thing there is.”

Bryan is likely not working Super ShowDown for the same reasons that he missed WWE Crown Jewel last November in Riyadh, Saudi Arabia. After wrestling at WWE’s first show in Saudi Arabia, Greatest Royal Rumble, in April 2018, Bryan declined working Crown Jewel. Meltzer reported at the time that Bryan declined working the show because of Saudi Arabia’s treatment of homosexuals and Zayn not being allowed in the country. Zayn was not allowed to work Great Royal Rumble due to strained relations between the country and his home country of Syria (he was inactive when Crown Jewel took place due to injury).

Meltzer was told by WWE sources that Owens was asked by his family to not travel to Saudi Arabia. When Owens requested not to work the show, it’s said that WWE officials didn’t ask him why. They accepted his request and there was said to be no pressure on him to change his mind.

It was noted to Meltzer that there may have been other reasons for Owens declining to work the show, including Zayn not being allowed to work it.