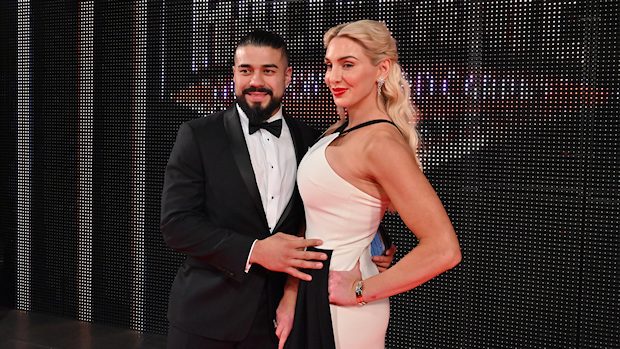 Although Charlotte Flair and Andrade are involved in a relationship, they are not engaged.

“Don’t believe everything you read online. Unless you read that I’m the most decorated women’s wrestler ever, because that is fact. 😀

“No, we are not currently engaged.”

TMZ reported Wednesday that “things are heating up” between Flair and Andrade, with sources saying the couple “is getting very serious, very quickly.”

TMZ speculates that they may be engaged due to a ring Flair has been wearing,

TMZ adds, “We’ve been making calls to a ton of people to find out if the two are engaged but no one seems to know for certain. At the very least, no one is outright saying “no.”

The two have been dating since at least February and made their first public appearance together at a WWE red carpet event earlier this month.