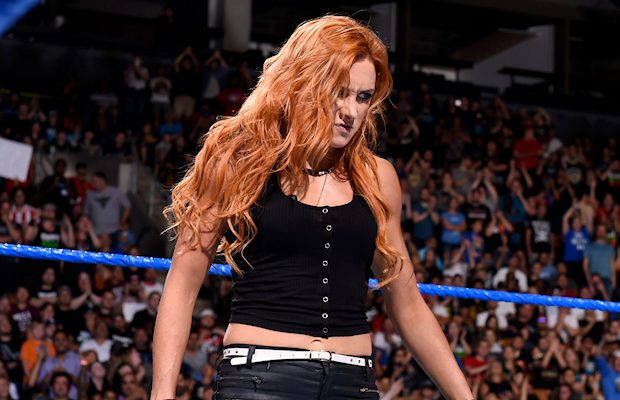 – Becky Lynch is not only going after her former best friend but those who didn’t believe in her before.

In an Instagram post, Lynch said, “When they said I couldn’t be the face of the division, or be on PPVs or the front of a magazine. When they said I was destined to be good but not great – I now say… screw you.”

Lynch also said “screw you” to Charlotte Flair this week on SmackDown LIVE as they exchanged verbal barbs for the first time since “The Irish Lass Kicker” viciously fractured their friendship at SummerSlam.

– Despite his future inside the ring being uncertain, Matt Hardy wrestled at last night’s WWE live event in Birmingham, Alabama. Hardy teamed up with Bray Wyatt in a Triple Threat Match for the Raw Tag Team Championship against The Revival and title holders Dolph Ziggler and Drew McIntyre. Ziggler and McIntyre won the bout to retain their titles.

– At WWE Hell in a Cell 2013, Daniel Bryan and Randy Orton battled for the vacant WWE Championship inside Hell in a Cell, with Shawn Michaels serving as the special guest referee. WWE has uploaded this match in its entirety to YouTube.