Cesaro Returning This Sunday At WrestleMania?, Spotted In Texas Without Arm Sling 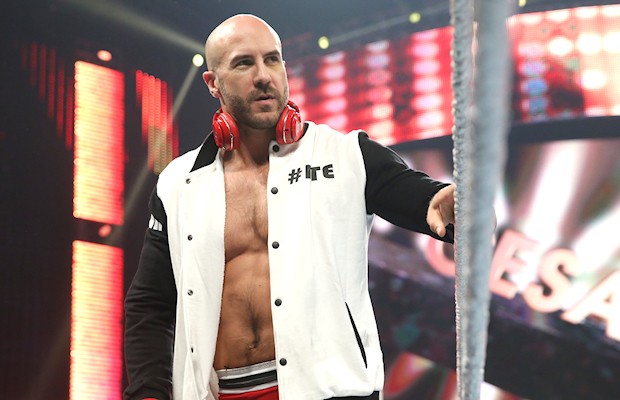 It was announced just a couple of weeks ago that Cesaro will be returning to WWE when the promotion goes on its annual tour of Europe next month. That doesn’t necessarily rule out an earlier return, however, and Cesaro has been spotted in Texas sans arm sling.

Cesaro spotted at the airport in Texas today without sling. pic.twitter.com/1rmZ1pemJo

That’s the sling he was wearing while rehabbing his shoulder injury, one that has kept him out for a number of months.

Not only that, the latest issue of Dave Meltzer’s Wrestling Observer Newsletter brings word that “there was talk this past week” of Cesaro as a surprise entrant in the Andre the Giant Memorial Battle Royal at WrestleMania 32 this Sunday at AT&T Stadium in Arlington, Texas. Meltzer added on today’s edition of Wrestling Observer Radio that he will be a surprise entrant if he can be cleared to return to the ring. He has not been cleared yet.

It’s worth noting that WWE has only officially announced 16 of the planned 20 entrants for the match. Even if The Wyatt Family is still planned for it, Luke Harper is currently out injured and that leaves one free spot.