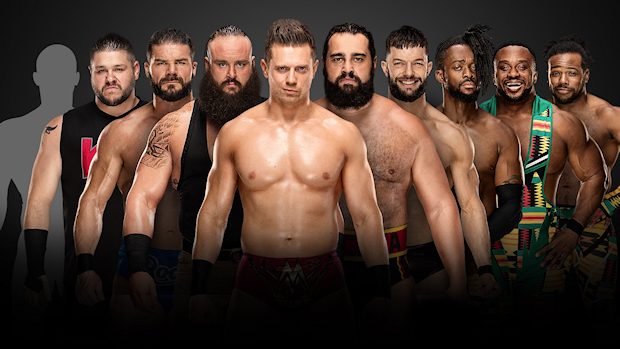 – At WWE Money in the Bank, eight of Raw and SmackDown LIVE’s competitors will square off in the Men’s Money in the Bank Ladder Match with the goal of climbing the rungs and claiming the prized briefcase. With the contract inside, the victorious WWE Superstar will guarantee himself a World Championship opportunity anytime and anywhere they wish in the subsequent year.

Seven WWE Superstars have qualified for the match so far: Braun Strowman, Finn Balor, The Miz, Rusev, Bobby Roode, Kevin Owens and a member of The New Day who has yet to be determined. The other spot will go to either Daniel Bryan or Samoa Joe. Following a non-title victory over United States Champion Jeff Hardy on Tuesday, Bryan will face Joe next week on SmackDown LIVE for the right to compete in the Men’s Money in the Bank Ladder Match.

The current favorite to win the match is The Miz. With his reality show with wife Maryse set to premiere in July on the USA Network, WWE higher-ups want to give him a huge push.

– Jason Jordan could be returning to action as early as this Monday in Richmond, Virginia. According to PWInsider.com, he is slated to be at the show.

While it’s unclear whether he’s been cleared to resume wrestling, he is expected to return to action soon.

Jordan has been out of action since January due to an issue with a nerve in his neck that required surgery. He underwent neck surgery on February 6, which WWE Medical Director Dr. Joseph Maroon described as a “minimally invasive operation to decompress the nerve.”

Jordan was written off Raw on February 5 when Raw Commissioner Kurt Angle ordered him to go home until he was medically cleared to compete.

– Spanning over 60 years, WWE Hidden Gems highlights rare, unusual, forgotten and never-before-seen footage of the Legends of yesteryear and Superstars of today. Uncover new gems in the Vault every Thursday, exclusively on the WWE Network.