Premiere Date Set For The Miz and Maryse Reality Show On The USA Network - PWPIX.net 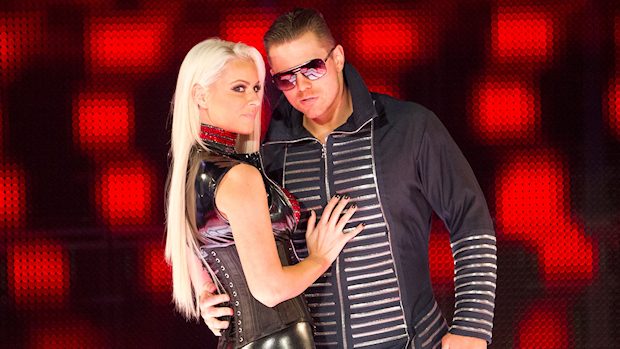 WWE’s next entry into reality television will make its debut this summer.

The new reality show starring The Miz, Maryse and their daughter Monroe Sky is set to premiere on the USA Network on Tuesday, July 24 at 10 ET/7 PT, immediately following SmackDown LIVE.

“Miz & Mrs.” has a six-episode order, and each episode will be 30 minutes long. It’s being produced by WWE and Bunim/Murray Productions.

WWE and the USA Network announced plans for the reality show in January, with the concept being that it will chronicle Miz and Maryse’s lives through Maryse’s pregnancy and the two becoming parents for the first time. The couple welcomed the birth of their daughter, Monroe Sky Mizanin, on March 27.

WWE had Miz reveal the premiere date on television as he opened last night’s episode of SmackDown LIVE with a “Miz TV” segment where all three members of The New Day appeared.

Here is WWE’s latest announcement on the series:

USA Network has green-lit “Miz & Mrs.,” a docu-series chronicling the lives of The Miz and Maryse. The six-episode, half-hour series will feature the married pair, known for being larger than life both in and out of the ring, as the Superstars become parents for the first time. The exciting show will premiere on July 24 at 10/9 C.

Related ItemsMaryse NewsThe Miz News
← Previous Story How Old Is Daniel Bryan?, NXT Star Has A New Look, Jinder Mahal Vows To Take Roman Reigns’ Yard
Next Story → Nikki Bella Shoots Down Reports About Her, Denies That Her Breakup With John Cena Is ‘A Work’