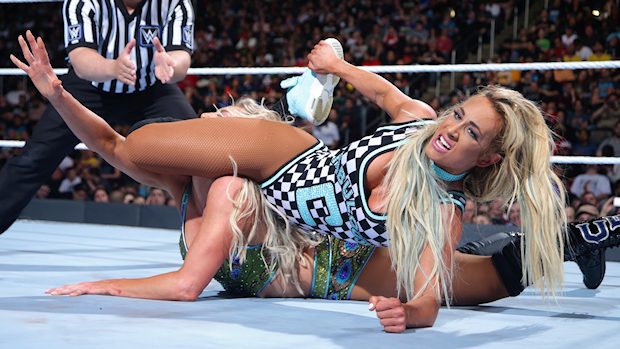 WWE has confirmed that a change to pay-per-view start times is coming soon.

Starting with Money in the Bank, all pay-per-view broadcasts going forward will begin at 7:00 p.m. Eastern time. Most of those will have four-hour windows, though according to F4WOnline.com, the goal is for them to not go that long.

The “Big Four” shows (the Royal Rumble, WrestleMania, SummerSlam, and Survivor Series) will also begin at 7:00 p.m., but they’ll be longer than the other pay-per-view events.

Pre-shows will still be airing before all of the events.

The change comes as WWE’s move to all dual-brand pay-per-view events is kicking into gear. It began with matches from both Raw and SmackDown LIVE taking place at Backlash earlier this month and will continue as the Allstate Arena in Rosemont, Illinois hosts Money in the Bank on June 17.

Prior to the change being officially confirmed, it became apparent when pay-per-view providers started to adjust their schedules for Money in the Bank.