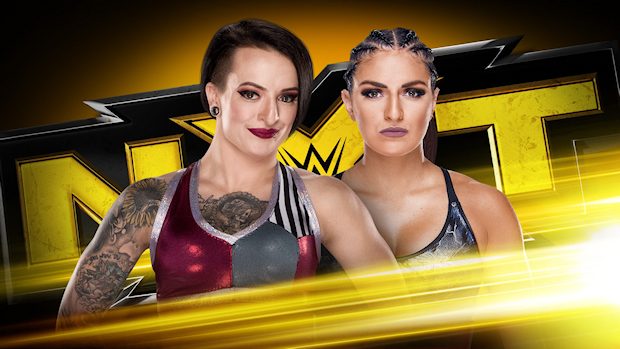 – Sonya Deville and Ruby Riot might have new homes on Raw and SmackDown LIVE, respectively, but they still had business to finish in NXT.

On tonight’s show — taped last Saturday before NXT TakeOver: WarGames — Riot was out for retribution after Deville injured her ankle in October. “The Jersey Devil,” however, promised to finish the job and break Riot’s ankle the next time they met in the ring.

See how the match went down in this video.

– On December 9 in New Delhi, India, Jinder Mahal will face Triple H. On Twitter, “The Modern Day Maharaja” sent this video message to “The King of Kings.”

The biggest match in Indian history is set. So @TripleH … are YOU ready? @WWEIndia pic.twitter.com/yOXkMfolkm

– Elias celebrates a milestone birthday as he turns 30 years old.