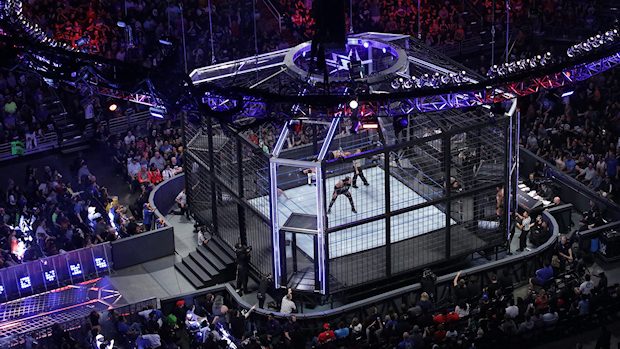 Braun Strowman, Elias, and John Cena qualified for the Men’s Elimination Chamber Match this past Monday on Raw. The winner of the match will challenge Brock Lesnar for the Universal Championship at WrestleMania on Sunday, April 8.

Be sure to tune into Last Call with Carson Daly this Monday, February 5th! @CarsonDaly #Fozzy pic.twitter.com/vnmY0lUjSI

– WWE Hall of Famer Trish Stratus is Lilian Garcia’s guest on this week’s edition of her Chasing Glory podcast as she talks about being honored at Raw’s 25th anniversary show, her in-ring return in the first-ever Women’s Royal Rumble Match and more. You can listen to the episode on Podcast One and iTunes.

Here is the synopsis for the podcast, which was taped the night before the Royal Rumble.

“This episode of Chasing Glory with Lilian Garcia features WWE Hall of Famer Trish Stratus! Trish chats with Lilian about her journey in the WWE, choosing between med-school and a career in professional wrestling, memorable moments, overcoming injuries, her transition to motherhood, being honored at RAW’s 25th Anniversary, her passion for yoga, a special return in the first ever Women’s Royal Rumble, and more!”