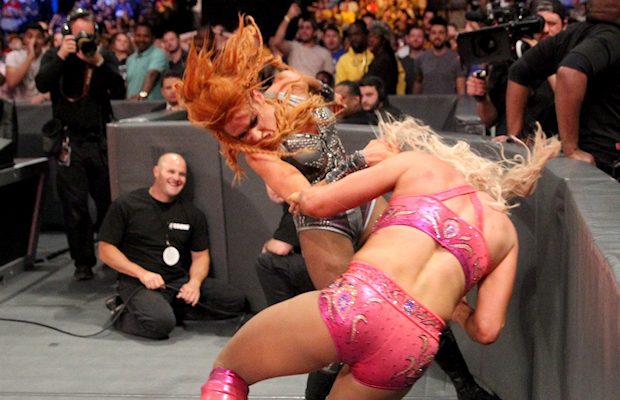 – Charlotte Flair won her record-tying seventh Women’s Championship at SummerSlam, defeating Carmella and Becky Lynch in a Triple Threat Match for the SmackDown Women’s Championship. Charlotte’s victory was overshadowed by the “Irish Lass Kicking” that followed it, however.

Here is fan-shot footage from the Barclays Center of this shocking scene.

– Today marks two years since Ember Moon made her televised NXT debut at NXT TakeOver: Brooklyn II, where she beat Billie Kay. Moon made note of her two-year milestone in this tweet.

.@wwe Today marks 2 years since the #FireOfPhophecy began @WWENXT #NXTTakeover : Brooklyn 2 . Can't believe how far my path has taken me and there is still more ways to be paved as my #MythRises#SHEnom #NightAngel #WarGoddess pic.twitter.com/rzGmCkzczf