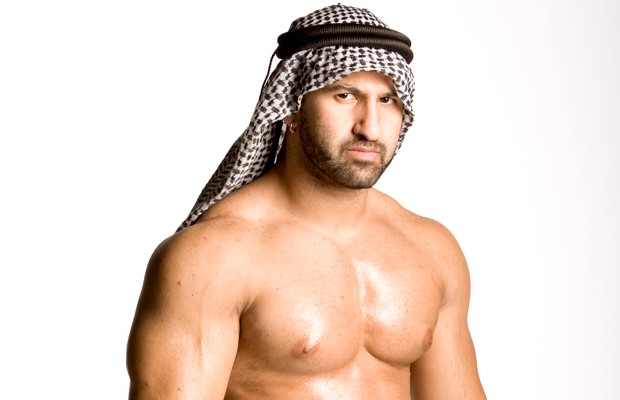 Introduced as the manager of Muhammed Hassan, Shawn Daivari was thrilled to be signed by WWE in August, 2004. The controversial Arab gimmick played on the hatred Muslim citizens in North America had suffered since the events of 9/11 years before. By the summer of 2005, WWE were forced to take Hassan off the air, such was the backlash against the character.

This meant that Daivari also disappeared, but the promotion were eager to find a new role for him elsewhere on the card. Eventually, he’d return to manage Kurt Angle, but that wasn’t the first plan the creative team had in mind for the man. It’s startling to think, but Stephanie McMahon called a meeting with the wrestler to tell him what WWE felt would be best for him.

Daivari revealed to SI.com that she approached him with a gimmick idea to be an American Patriot named George W. Bush. After being taken off television following a controversial Muhammad Hassan segment, this was WWE’s attempt to repackage him.

“Stephanie came up to me and was like, ‘We’ve got an idea for you for like next week. We want you to debut as a character named George W. Bush, and we want you to wear Red, White, and Blue trunks, and be like a super American patriot.'” Daivari said that he responded with, “I would love to kind of do my own thing, but that is a terrible idea. I don’t know who came up with it, or whose idea was it to come up with the name George W. Bush, and take me from the hottest heel to wearing red, white, and blue, and what the purpose is or the explanation for it. But, I really, really, feel strongly against it.”

Daivari ended up sitting at home for three months after shooting down the angle, before being brought back to work a program managing Kurt Angle.