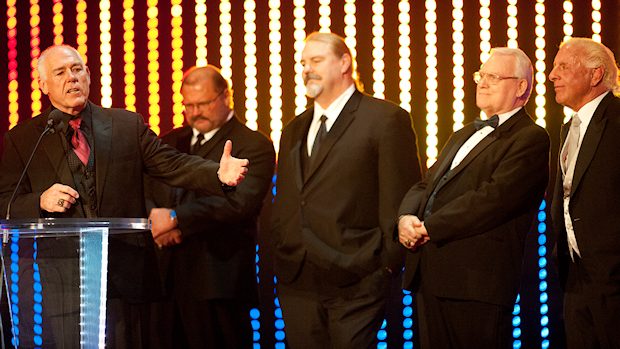 Sold Out!! Looking As Only We Can Look! WOOOOO! pic.twitter.com/feqrggZLlG

After signing autographs, the Horsemen spoke before a packed crowd at the MCW Arena. They shared fond memories of being back together, the good times they enjoyed in Baltimore and asked the crowd to enjoy the show.

The 4 Horsemen, the greatest!! What a rare get together after 25 years!💜

Former WWE star Rosa Mendes, who was making her first appearance at an independent wrestling show, introduced the Horsemen. Before the show, she also met with fans.

Yours Truly with former @WWE Superstar @LaRosaMendes at @MCWWrestling & she’s as lovely as ever. pic.twitter.com/EiKqIbogHZ

Storm lost the NWA World Heavyweight Championship to Nick Aldis (aka Magnus) in December. Here is footage of Storm wrestling Jocephus in an Empty Arena Match last month in the Impact Zone.