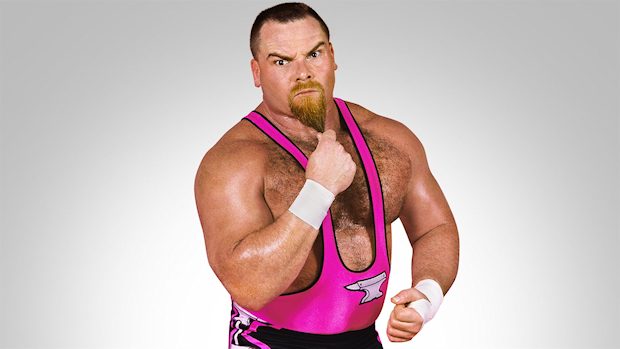 Former WWE star Jim “The Anvil” Neidhart has passed away at the age of 63.

Brian Blair, a longtime friend and colleague of Neidhart, broke the news Monday morning on Facebook.

“It is with a sad heart, that I share with you the passing of a long time friend and colleague, Jim “The Anvil” Neidhart. Your thoughts and prayers for the family are appreciated!” Blair wrote.

About an hour later, WWE confirmed the sad news.

WWE is saddened to learn that Jim “The Anvil” Neidhart has passed away. https://t.co/Isxv3ElA3Y

“WWE is saddened to learn that Jim “The Anvil” Neidhart passed away,” WWE said in a statement. “WWE extends its condolences to Neidhart’s family, friends and fans.”

According to both TMZ Sports and The Blast, Neidhart passed away Monday morning after suffering a medical emergency at a home in Florida.

The Pasco Sheriff’s Office told TMZ Sports, “Preliminary information indicates that [Neidhart] fell at home, hit his head, and succumbed to his injury.”

“No foul play suspected. No additional information to release at this time.”

According to the Pasco County Sheriff’s Office, emergency responders were called to the home of Neidhart’s daughter, Natalie (aka WWE Superstar Natalya), in Wesley Chapel, Florida at 6:37 a.m. ET. Emergency dispatch audio obtained by TMZ Sports reveals that emergency personnel were called about a man having seizures and convulsions.

In a follow-up report from TMZ Sports, Neidhart’s wife Elizabeth told emergency personnel that he collapsed while appearing to have a seizure early Monday morning and slammed his head when he fell to the ground.

Elizabeth told investigators that Jim was having difficulty sleeping and got out of bed to change the thermostat. But, when Jim went to touch it, he “turned weirdly as if he were about to dance.”

“He then fell towards the wall and ground,” the investigation report says.

Elizabeth called 911 thinking he was having a seizure since he “suffers from seizures and takes medication for it.”

Elizabeth says Jim’s last seizure took place in December 2017. She notes that doctors also believed he may have had Alzheimer’s as well.

When officials arrived at the home, they found him on the floor with a four-inch gash on his face.

Investigators found medication at the home, but say “none of the medication appeared to have been abused.”

He was pronounced dead a short time later.

Neidhart is best known for his appearances in the 1980s and 1990s in WWE (then known as the WWF, or World Wrestling Federation), where he was a two-time WWF Tag Team Champion with Bret Hart as The Hart Foundation. Bret reacted to news of his death on Twitter, saying that he’s “stunned and saddened.”

Neidhart’s menacing laugh, barrel chest and pointy goatee made Neidhart one of the most recognizable wrestlers of the 1980s and 1990s. As a member of The Hart Foundation, “The Anvil” was one of the most feared competitors of his time.

A product of Stu Hart’s legendary Dungeon, Neidhart began his wrestling career with Stampede Wrestling in Calgary, Alberta, Canada. It was here that he earned his famous moniker. After Stu Hart paid him $500 to enter and win a local anvil-throwing contest, Stu’s wife Helen began calling him “The Anvil.” The nickname has stuck with him ever since.

In the early 1980s, Neidhart moved to the World Wrestling Federation after Vince McMahon purchased Stampede Wrestling. It was not long before he teamed with Bret Hart, and manager Jimmy Hart, to form The Hart Foundation. With Bret’s technical artistry and Neidhart’s bruising bulk, they became two-time WWF Tag Team Champions.

Neidhart turned to Bret’s brother, Owen, and aided the younger Hart against his older sibling in the mid-1990s. The family quarrel was eventually resolved, however, and “The Anvil” later reunited with both brothers to form a new Hart Foundation.

Today, WWE’s spotlight has drifted to “The Anvil”‘s daughter, Natalya. While Jim made rare appearances for WWE, Natalya carries his legacy, displaying her dad’s dungeon-born intensity when she wrestles. The father-daughter combo was often seen together outside the ring on the hit E! reality show Total Divas.