Lilian Garcia Talks Evolution Of Women In WWE, Bra and Panties Matches, Her One Wrestling Match 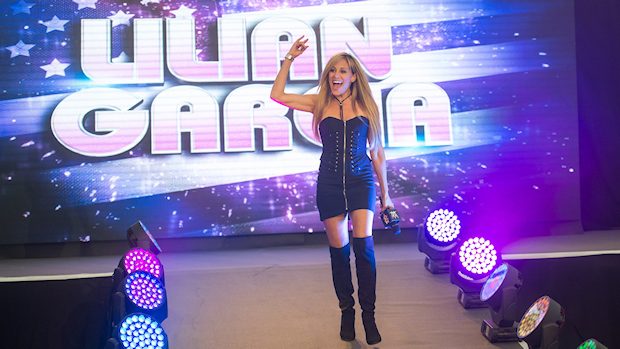 WWE revealed earlier this week that Lilian Garcia will reprise her ring announcing role this Sunday at Evolution alongside JoJo and Kayla Braxton. Ahead of tomorrow night’s all-women’s pay-per-view event, Garcia spoke to the New York Post about the evolution of women in WWE and more. Here are some of the highlights from her interview:

The biggest differences in WWE’s presentation of women now compared to the Attitude Era:

“So, when they were given a chance, then all of a sudden it was like, whoa, wait, these girls, they can carry a match, they can carry a Royal Rumble match going over the top rope with no different stipulations than the men. They can do the Elimination Chamber match, they can do a ladder in the match, Money in the Bank ladder matches. It was just so impressive to see the work and that was all because they were given an opportunity.”

Why Garcia believes women in WWE didn’t compete in those types of matches until recently:

“So, it is society. I don’t think WWE was intentionally doing anything to harm the women or anything like that. It’s not just WWE that’s changed. Look at the movies with women. Now you have movies that are led by women. They are the stars of the movie. It’s not just like the man is the lead and then you have the female being the co-star. You have the female that is the lead. Same thing with the Me Too movement, it was just a whole society that was ready. It exploded at the same time because you just couldn’t hold it back anymore.”

If women in WWE were uncomfortable competing in Bra and Panties Matches:

“No, they were all into it, absolutely. They were talking about which bikini looked better on them. It was just the norm, so it wasn’t like it’s a bad thing. I don’t think it’s a bad thing now. We wear swimsuits all the time to the beach, I just think the business has evolved where it’s more about athleticism and that’s cool. So, I think it’s appropriate to be evolving into more athleticism.”

Her one wrestling match, where she beat fellow ring announcer Howard Finkel in an Evening Gown vs. Tuxedo Match on Raw on August 26, 2002:

Garcia offered more thoughts on the evolution of women in WWE and also talked about the Evolution pay-per-view, her Chasing Glory podcast, what her typical day is like, and more. You can check out the full interview here.