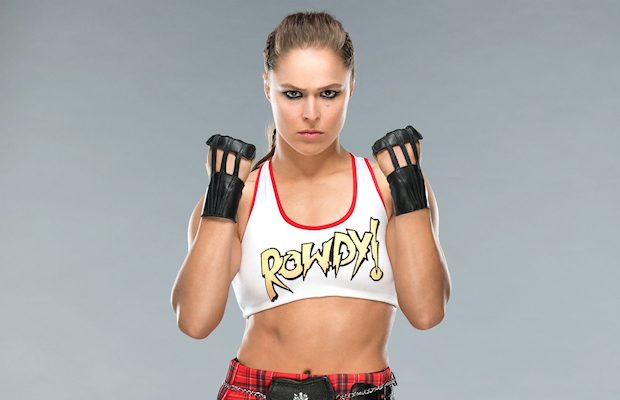 Ronda Rousey wrestled her first match at WWE house show today in Geneva, Switzerland and quickly earned “This is Awesome” chants from the crowd.

Rousey scored the win for her team after making James tap to the Armbar. As seen in the video below, James took the brunt of Ronda’s offense as the match ended.

Rousey competing in a tag team match was apparently a last minute change as she was advertised to face James in a singles contest. She is advertised to wrestle tomorrow in Vienna, Austria, Friday in Turin, Italy, and Saturday in Paris, France.