“Dirty” Dick Slater’s Cause Of Death 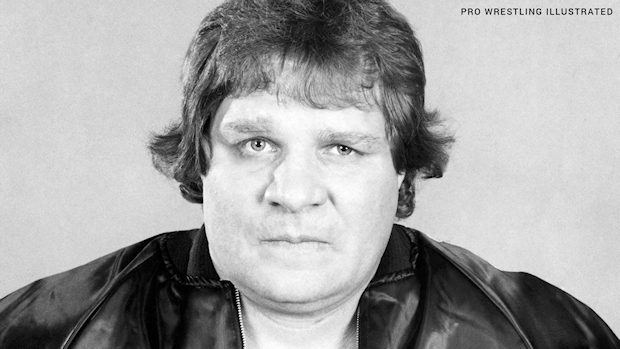 Former pro wrestling star “Dirty” Dick Slater has died at the age of 67.

Born Richard Van Slater, “Dirty” Dick competed for various regional territories across the Southern United States before gaining a wider audience with the World Wrestling Federation (WWF) and World Championship Wrestling (WCW) in the 1980s and early 1990s. He also wrestled in Japan.

The National Wrestling Alliance sends its deepest sympathies and condolences to the family, friends and fans of Dick Slater.

As tough as they come. A decorated champion of the @NWA across every territory he wrestled including being United States, Mid-Atlantic and TV champion. pic.twitter.com/dqHlLqnOJx

WWE issued a statement on his passing on Thursday:

WWE is saddened to learn that Dick Slater has passed away at age 67.

WWE extends its condolences to Slater’s family, friends and fans.

According to F4WOnline.com, Slater passed away on Wednesday due to heart complications.

A former football player and amateur wrestler, Slater began his career in 1968 in Florida under Mike Graham, trained by Bill Watts, Hiro Matsuda, Bob Roop, and Jack Brisco. He eventually found his way to Georgia Championship Wrestling (GCW) for an 11-year run, winning several singles and tag team titles. In the mid-80s, he worked for Mid-Atlantic Championship Wrestling, where he was was a wrestler and a booker, and Mid-South Wrestling.

Slater wrestled briefly for the WWF as a babyface using a Southern “Rebel” gimmick. He made his debut on the July 26, 1986 episode of Championship Wrestling by defeating The Gladiator. While in the WWF, Slater had one match with Jake Roberts; however, this being 1980s WWF TV (where no mention was ever made of a wrestler’s past) his Mid-South feud with Roberts was ignored. Slater defeated Mike Sharpe at The Big Event and was squashed by Don Muraco in two minutes on the November 29, 1986 edition of Saturday Night’s Main Event. Shortly after his match with Muraco, the WWF began to use him as a jobber. His last televised appearance in WWF was on the May 4, 1987, episode of Prime Time Wrestling, where he lost to Butch Reed.

Following his uneventful run in the WWF, he went to All Japan Pro Wrestling as mainly a tag team act before coming to WCW in 1989 where he’d stay until 1996. He worked mainly in tag teams, working with Dick Murdoch, Dusty Rhodes, Terry Funk, The Great Muta, Greg Valentine, and Bunkhouse Buck, the latter of which earned him the Worst Tag Team award in the 1995 Wrestling Observer Newsletter awards.

Slater blew out two vertebrae during a match in Gainesville, Georgia in late 1996, which ended his run in WCW as well as his wrestling career. He was teaming with Mike Enos and they were known as Rough & Ready.

In a trivia note, he competed in the first-ever match to take place at a WCW Monday Nitro event. Tagging with Bunkhouse Buck, they lost to American Males (Marcus Alexander Bagwell and Scotty Riggs) in a dark match before Nitro went live from the Mall of America on September 4, 1995.

After his wrestling career ended, Slater disappeared from the spotlight sans the occasional wrestling convention appearance. He made headlines in June 2004 when he was convicted of attacking his former girlfriend with a butcher’s knife. He was sentenced to a year of house arrest and two years of probation.

Slater is the ninth former WCW wrestler to pass away since June and the fifth since August. The other eight are Chuck Williams (aka Rockin’ Rebel), Vader, Johnny Attitude, Masa Saito, Jim “The Anvil” Neidhart, Doc Dean, Yoshi Kwan and Frank Andersson. This is also the fifth consecutive month where a former WCW wrestler died.