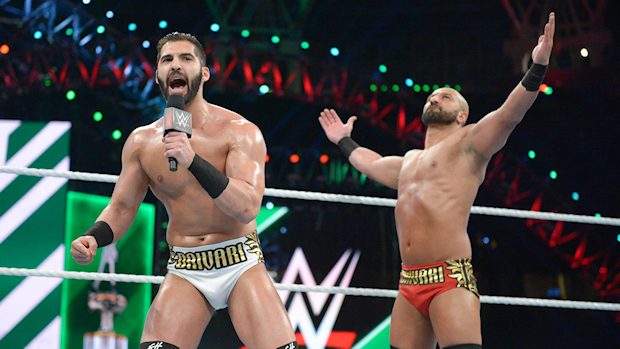 Ariya Daivari says he received death threats due to the way his character was portrayed at Greatest Royal Rumble, so he’s released a statement to clarify that the show is fiction.

“During an appearance this past Friday, I portrayed a ﬁctional character and played the role of the antagonist, no different than what other actors would do in a movie or TV show.

“That character does not reﬂect my personal views and I apologize to anyone that may have been offended by the skit. l have an incredible amount of respect for the great people of Iran and I am very proud of my Iranian heritage.

Unfortunately some people took offense to this despite it being pure entertainment. Some threats were made against my life. I wanted to put this statement out to clarify where I as a person stand compared to my t.v. character. https://t.co/NJbnlMnn28

Ariya and his older brother Ariya interrupted the Saudi prospects, waving an Iranian flag as they approached the ring. Ariya called the prospects “pathetic” and stated that real athletes hail from the “world’s strongest nation,” Iran, while Shawn denounced the athletes in Farsi. After Shawn shoved one of the prospects, the four of them took out the Daivari brothers.